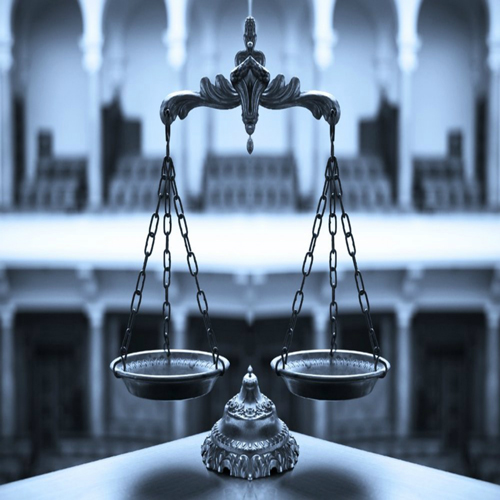 The Commonwealth of Virginia has slowly begun its phased reopening. And the courts of Prince William County are beginning to phase more in-person matters back into the courthouse. The courts have started allowing counsel to argue more pretrial motions. They have implemented a plan to start allowing multi-day trials to again be scheduled, beginning July 13, 2020. There is likely to be a huge influx of cases being scheduled for trial, causing a tremendous backlog of cases. Parties will be lucky to have their multi-day trials heard by a sitting judge within the next six months.

The reality of the matter is that many of our cases requiring litigation will go unresolved by the court for months, if not a year or more. As such, we want to provide our clients with other viable options for cases that require litigation. Alternative dispute resolution methods such as mediation and negotiation may not be an option for our more complex and contentious cases. That does not mean, however, that these cases are limited to the normal route of trial by a sitting judge. Judges pro tempore and commissioners in chancery are two other individuals who may be right to hear your case. And – they may be able to do so much sooner than any sitting judge.

Pros and Cons to Each Option

There are pros and cons to the use of both judges pro tempore and commissioners in chancery. There is potential for a case to come to its conclusion more quickly through one of these alternatives. But both options require the parties to bear a financial burden; it is on the parties to pay the fees associated with a judge pro tempore or commissioner in chancery’s services. Additionally, both parties must agree to the use of a judge pro tempore. Both parties must agree to the matter being referred to a commissioner in chancery, more often than not.

Sometimes agreement is not an easy thing to obtain from your opposing party in contentious matters. And even if the financial burden and agreement are not issues for your particular case, there is no guarantee that your case will be tried more quickly and efficiently by a judge pro tempore or a commissioner in chancery.

Generally speaking, judges pro tempore and commissioners in chancery have the potential to speed up the litigation process of a given case, especially given the current backlog of cases. While judges pro tempore can issue final rulings, commissioners in chancery must report their findings to the court. It is then on the court to issue a final ruling. Having your case referred to a commissioner in chancery may speed up the initial stages of the litigation process. However, the parties must still depend on the court, and its busy schedule, in order to reach the conclusion of their case.

Not every option is right for every case. We at Farrell & Croft, P.C. can help you to determine which options are most viable for your case and your priorities. We remain ready to serve you.